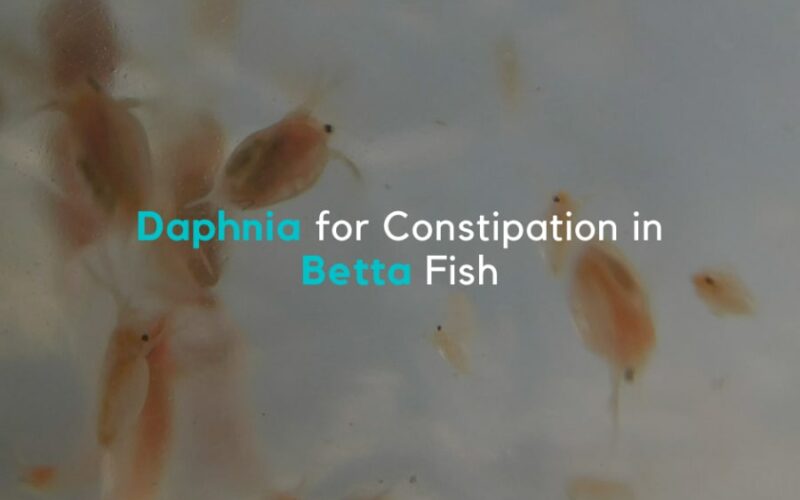 Constipation is a digestive issue that commonly occurs in betta fish. There are some popular treatments to get rid of constipation, one of which is daphnia. Daphnia for betta fish isn’t uncommon among betta enthusiasts because it offers huge benefits for your pet.

Constipation is mainly caused by incorrect diet or poor feeding, dried food, and an unbalanced diet. When your bettas show constipation symptoms like bloated belly, loss of appetite, or stringy feces, fish keeper usually feeds daphnia to solve the problem.

What is actually daphnia? Daphnia is a kind of tiny crustacean living in fresh and saltwater. Also known as aquatic fleas, daphnia is a natural food source for betta fish in the wild. Daphnia’s segmented body size ranges from one to five millimeters.

In the water, daphnia moves like fleas—that’s where they get ‘aquatic fleas’ name. Some daphnia has spikes that develop in their body as well as a defense mechanism that helps protect them from predators, including bettas.

But the daphnia on the market does not have this mechanism.

Daphnia is available in two forms: live and frozen. Both are great diets for betta fish but many fish keepers prefer live daphnia to the frozen one as it allows their bettas to catch their prey just like in the wild—bettas will be happy with it.

The tiny crustacean has a lot of benefits for bettas, especially to their digestive system. Found in betta’s natural habitat, this natural food source provides higher nutrients than dried, processed betta foods. Not surprisingly, daphnia is on the top list of the best foods for bettas.

Take a closer look at the benefits of daphnia below:

Daphnia is a healthy diet for betta fish in that it is a great source of protein, an essential nutrient needed to improve the overall health of your bettas. A good amount of protein offers loads of energy, allowing your betta fish to be active.

One of the most common benefits of daphnia is overcoming constipation. A change in diet habits plays a major role in getting rid of constipation. Rather than feeding dried food, you can drop some daphnia to overcome this digestive issue.

Not only do daphnia provide a lot of energy, but they also help bettas process their food more easily. Daphnia is an excellent source of fiber that can help with the digestive system. That’s why consuming daphnia works effectively to get rid of constipation.

Dried fish foods are less challenging because your bettas can eat it without effort—except when they have to struggle with the size. How about allowing your bettas to hunt like in the wild? Daphnia offers a great way to challenge your little pet before eating.

Drop some live daphnia to the tank and let bettas hone their hunting instinct. This is a fun wildlife simulation bettas would love to do before having their meal. If you want to grow a happy, healthy, and stress-free betta fish then don’t skip this diet. You don’t want your betta showing stress stripes symptoms.

When you feed bettas dried fish food, always remember to pick the excess after 10 minutes. Otherwise, it will produce ammonia that eventually leads to ammonia poisoning. Of course, this is the last thing you want to happen to your bettas.

Unlike dried foods that decay over time, daphnia is able to survive in the tank. Even if your fish can’t eat them right away, they won’t pollute tank water. This means you shouldn’t need to worry about ammonia poisoning.

Water fleas or daphnia naturally eat bacteria, algae, and yeast which help keep the water clean. This is undoubtedly beneficial to fight against disease caused by bacteria or yeast. Even research shows that daphnia harness natural compounds which can fight fungal infections.

How to Use Daphnia for Treating Constipation

Daphnia is a popular treatment to cure constipation in betta fish aside from peas. Once you notice your betta has a bloated belly, difficulty swimming, or loss of appetite, it’s important to take immediate action before it gets worse.

Using water fleas to treat the digestive issue isn’t difficult. Without requiring specific skills, you can get rid of constipation in a matter of days. Here are several steps to use daphnia for treating constipation.

When you notice a constipated betta, move it in a separated, isolated container. This is important to make sure the water fleas aren’t eaten by other fish.

Next, you will need to fast the fish for a couple of days. It might take around two to three days. Don’t worry, it doesn’t hurt your bettas.

After a couple of days, feed your bettas. Add some daphnia into the container and let the hunt begin. Your fish will be happy to hunt and eat daphnia. Check if the poop of your betta is normal. It will take a couple of hours or days depending on the severity of constipation.

Compared to frozen peas, water fleas work far better and faster than peas. Besides, betta fish will be more likely to eat live daphnia than peas, which are not their natural food.

Is Daphnia Good for Fry Betta?

Baby betta or also known as fry betta typically stays in their nest in the first few days of life. As they grow bigger, they become free-swimming and it’s time to provide food for these little babies. That becomes the question, can you feed them daphnia?

See also  Ammonia Poisoning Betta Fish, How to Treat It?

The answer is absolutely yes. Water fleas are completely safe for bettas, including fry bettas. After staying in their nest, fry bettas will be hungry and daphnia will be great to eat. However, you can’t give them as soon as they hatch.

Fry bettas will be ready to eat daphnia at age 3 to 4 weeks old. Rather than giving live water fleas, you will need to opt for frozen one as it contains vitamins and nutrients needed for their growth. This helps them grow faster and healthier.

Additionally, frozen daphnia is considered safe for fry betta since it is free from parasites and bacteria. As they grow bigger, you can feed them live water fleas. Not only is it good for their growth, but it also helps improve their hunting instinct.

How to feed fry bettas? It’s recommended to feed them 3-4 meals each day. It would be much better to give some variety to introduce other foods to fry bettas.

So, you’ve decided to feed your bettas’ daphnia. But have you decided which kind of daphnia would you give? There are 3 different types of daphnia available on the market: live, frozen, and freeze-dried. The question is, which one is the best? Let’s figure it out.

Many fish keepers and betta enthusiasts fall their choice into live daphnia. This is one of the best and most common foods to feed your betta fish for it’s a great source of protein and fiber. That’s why it becomes a great supplement for other foods like flakes and pellets.

Live water fleas have a fibrous skeletal system and they also consume plant matter—this combination makes daphnia beneficial for betta fish. Not to mention your betta fish can swim around to catch the tiny aquatic fleas.

Daphnia is actually abundant in nature. You can easily find them in water bodies like ponds and swamps. However, it’s not recommended to feed your bettas wild daphnia for safety reasons. Wild water fleas may contain parasites and bacteria which can infect your betta fish.

If you breed bettas, breeding your own daphnia can be a great option. You can buy them initially and breed them afterward.

Despite their benefits, live aquatic fleas have some cons. Daphnia, even if you breed them yourself, may contain parasites and bacteria which can harm your fish. Uncontrolled feeding might also lead to overfeeding.

Frozen daphnia has been around for a while. This food becomes another favorite of betta enthusiasts since it can be kept for a long time.

Commonly available in the form of a cube, this daphnia is so much easy to store. Put it in the fridge and it will last longer than you thought.

Depending on the manufacturer, the cube size varies widely. Don’t feed your bettas a whole cube, instead, you’ll have to cut them into smaller pieces. Place these pieces on a paper plate and defrost for around 15 minutes. Daphnia is ready to serve.

Frozen water fleas have been through several processes but it still has a number of nutrients and benefits—even it still has laxative benefits. The good news is the process helps kill bacteria and parasites, so frozen daphnia is considered safer than live one.

Having that said, the frozen version of daphnia has several drawbacks. It might take a while before feeding your bettas because you have to cut them into smaller pieces. You also need to defrost the cube to make it softer so your bettas can easily eat it.

Your bettas will enjoy the freeze-dried version of daphnia. Since it’s still a good source of fiber, it can help with the digestive system of your betta fish. Whenever you notice the symptoms of constipation, feed them freeze-dried daphnia and monitor the progress.

Unlike the frozen version of daphnia that comes in the form of cubes, freeze-dried daphnia looks like crumbles. With smaller pieces, you don’t have to cut them into pieces before each mealtime. Your fish will be happy to enjoy the color, texture, and also taste.

However, bear in mind that freeze-dried daphnia shouldn’t be given on a regular basis as it can expand in the belly. It’s also important to soak this version of daphnia in the water before feeding your fish, which can be a bit time-consuming.

How Much Daphnia Should Your Betta Eat?

In the wild, bettas naturally hunt and eat live water fleas. But it doesn’t mean you can feed them as much as you want. Keep in mind that you shouldn’t feed betta fish more than 1.8 grams of daphnia. This serving is enough to meet their daily needs of nutrition.

You can either feed them a whole portion at once or two halves, twice a day. The least mentioned is considered better to stimulate your betta fish. That means you can feed them 0.9 grams in the morning and another 0.9 grams in the evening.

Daphnia for betta fish offers tons of benefits, including an improved digestive system to get rid of constipation and promote overall health. Pay attention to the portion to avoid overfeeding and the adverse effects. 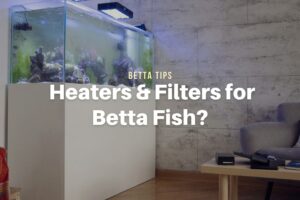 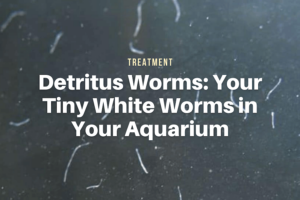 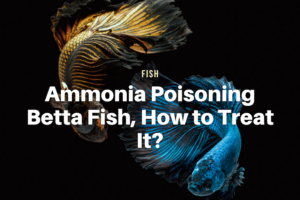