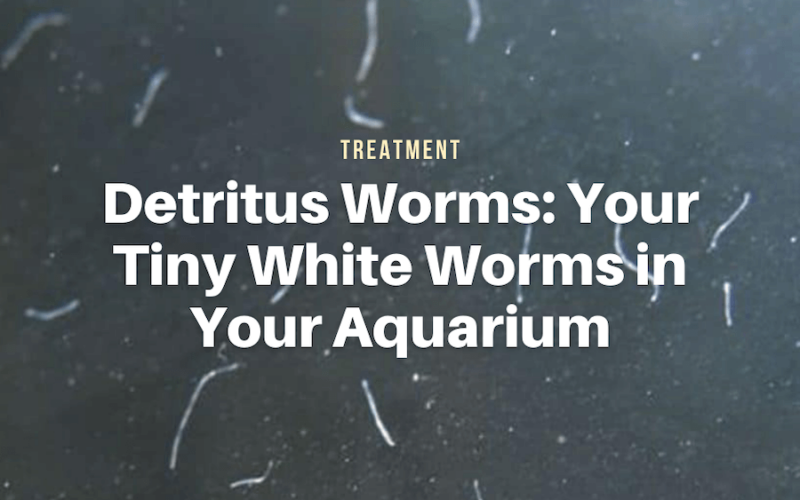 Detritus worm in the aquarium.

Did you just notice some peculiar, tiny white worms swimming in your fish tank? If you’re new to fishkeeping, chances are you have no idea that those worms are called detritus worms, a small aquarium pest that isn’t particularly dangerous for your pet fishes.

But leaving those worms alone will make them thrive and populate your pretty aquarium. Not to mention it makes your crystal-clear tank water look unattractive. Luckily, the detritus worm can be simply fixed with proper maintenance.

Detritus worms are not similar to planaria worms. Both types of worms may present in your aquarium but they cause a different impact on your pet. While detritus worm is less harmful, planaria will feed your fish eggs or kill your shrimps.

Here you are about to learn about detritus worms, what causes their presence in the aquarium, and how to get rid of them. This guide will also teach you the difference between detritus and planaria worms.

Detritus worms are annelid worm that belongs to the same family as leeches and earthworms. This segmented worm looks like a white-brown hair wiggling through the water. When left alone in your aquarium, it can grow bigger until an inch long.

This type of worm is quite common in aquariums. Many hobbyists will find these little critters at some point and it’s yet unclear where they come from. Though their presence is often related to poor tank maintenance and hygiene, the detritus worm is a hitchhiker that may appear out of nowhere.

Detritus worm has a thin body that makes them rather difficult to identify. Quite often, you have them in your aquarium but you don’t notice it when the tank is clean. Not only do they have hair-like bodies, but they also live in the substrate where they can camouflage easily.

The most possible chance to notice these worms is when they get caught in filters or cleaning vacuum. When this happens, you have nothing to worry about. Detritus worms in an aquarium won’t impact your pets negatively, instead, they help clean the substrate.

The worms feed on animal waste and plants. When your aquarium provides an abundant food source, they can grow unknowingly and reproduce fast. When they start emerging from the substrate, there may be thousands or millions of others beneath.

The good news, these worms are typically harmless. Having a small population of detritus worms will help you keep the substrate clean. They will eat up food leftover and manage the decomposition process when aquatic plants die.

Having that said, the worms shouldn’t be left untreated. Large infestations of them indicate unhealthy water condition in your aquarium. When ammonia and nitrate levels spike, it may pose health risks for your pet fish.

When you find detritus worm wriggling in your fish tank, it indicates that the water condition is not good enough. While many aquarists can’t figure out how these tiny creatures get into the tank, they come innocently and stealthily.

Most often, these worms are present when your fish tank maintenance is lacking. Overfeeding and insufficient cleaning are the most potential causes that make detritus worms reproduce rapidly, thrive, and overpopulate your aquarium.

There are some possible ways for these worms to enter your aquarium, such as through plants, substrate, and fish. When the infected substrate is moved from one tank to another, it means you have moved these worms without knowledge.

The same is true for plants. When you move plants with the worms latching onto roots and leaves, you are moving the worms from one aquarium to another. That’s why many aquarists consider these worms a notorious hitchhikers.

The worms don’t take long to multiply and populate your fish tank. Especially when it becomes filthy and the ammonia level significantly increases, this becomes a favorite environment for the worms to flourish.

How to Get Rid of Detritus Worms

Keeping these worms at bay isn’t a daunting task. The main formula is to overcome the root cause and simply remove them from the tank.

But there’s an important thing to note when you’re on a cleaning project—avoid using harmful chemical medications for detritus worms. Many hobbyists choose a shortcut by grabbing dewormers to get rid of these worms. That might give you an instant solution but it can lead to another problem.

Dewormers cannot eradicate detritus worms because they’re resilient against the chemical. On the other hand, many dewormer products can kill your fish. Your pets don’t tolerate the harsh chemicals in the products and they often cause slow death in fish. That’s the last thing you want to do.

Before you decide on a medication, it’s essential to identify which worms invade your fish tank. And if you’re sure that they are detritus worms, you can take action real quick.

So, how to get rid of detritus worms in an aquarium? Rather than using store-bought deworming products, opt for a natural alternative to address the outbreaks. The following solutions take more time and effort but it is completely safe for your fish.

Cleaning your aquarium is the best way to get rid of detritus worms. A thorough cleaning will help remove worms without posing a risk for your fish. Change the water and use a gravel vacuum to remove the majority of the worms and food sources like leftover foods and decomposed plants.

This vacuum works effectively to siphon out water as well as excess waste from the substrate level. Of course, vacuuming substrate helps remove worms from your aquarium, though some of them may survive.

To address this problem, you’ll want to clean the filters and let the water cycle ideally in your tank.

Dirty filters are a breeding ground for worms and parasites. Not only does it help you get rid of worms, but it also keeps your pet fish healthy. When you maintain a proper oxygen level, it’s less likely for the tiny critters to thrive.

The presence of detritus worms in the aquarium can be caused by diet options for your fish. Especially if you pet carnivorous fish that feed on live shrimp, feeding fish, and tiny aquatic animals, it increases the chance to develop the worms.

Live food may contain parasites, including detritus worms. When you put infected food into the tank, you are transferring the worms. With a supportive environment, they will grow and develop rapidly unknowingly.

Bad feeding practices can also lead to detritus worm infestation. They are notorious compost eaters, which means they will feast on deteriorated food at the bottom of the tank. Overfeeding will increase the number of leftovers, which is a great source of worms’ food.

The worms are more likely to infest in a crowded aquarium. An overpopulated aquarium is not only bad for the inhabitants in terms of territorial and competition reasons, but it also increases the risk of leftover food that can lead to parasites and worm infection.

To hinder the growth of detritus worms, limit the population in your fish tank. Keeping various fishes together also improves the chance of their presence so review the bio load in the aquarium.

Rotted plants are among detritus worms’ favorites. Taking care of your aquatic plants is a simple way to avoid an infestation, not to mention it keeps your fish tank aesthetic.

On top of that, decayed plants are a potential cause of parasites and it can increase the level of ammonia which can harm your fish.

Treat and medicate your aquatic plants to keep them in a good shape. It also helps prevent rotting and decaying that invites detritus worms.

Planaria worms are another pest that may appear in your fish tank. They are less common than detritus worms and much harder to eradicate. They belong to flatworms and commonly get into your tank along with pond plants.

Planaria worms are often confused with detritus worms. At a glance, both look similar because they have white thin bodies. But when you take a closer look, you will find the difference. Here are several differences between detritus and planaria worms in many aspects.

Planaria worms have cilia that allow them to move. They beat their cilia and glide along the glass surface.

But some others move from places by contracting their muscles. On the other hand, the detritus worm floats and wriggles in the water.

While detritus worm is particularly harmless, planaria can cause a complex issue. They are aggressive predators that can pose a health risk to your fish, shrimps, or other aquatic pets.

Planaria don’t attack healthy fish but they will feast on fish eggs. Even worse, these worms will prey on the gills of sick fish.

Detritus worms are easy to find, especially if there are thousands or millions of them in your tank. Meanwhile, planaria can be hard to find because they often hide between aquatic plants.

Removing detritus worms is quite simple with a thorough cleaning. It’s not recommended to use a dewormer because most products are not effective. Not to mention the chemicals are dangerous for your fish.

On the other hand, eradicating planaria worms in your fish tank can be a complex task.

You’ll need to use chemical products to get rid of planaria. Because of the potential danger, it may pose, it’s important to make sure that the pests you found in the tank are planaria.

Detritus worms are common among aquarists. These white wriggling critters are less harmful but leaving them untreated may lead to a complex problem.

If you’re confused about what type of worms are present in your tank, ask experienced aquarists before taking any action to get rid of them. 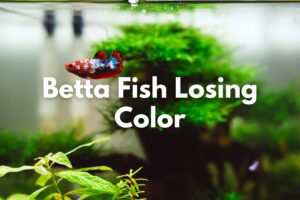 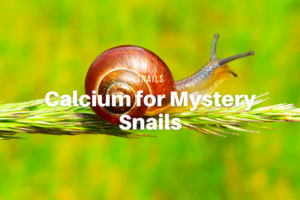 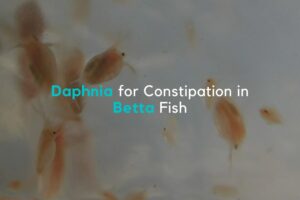