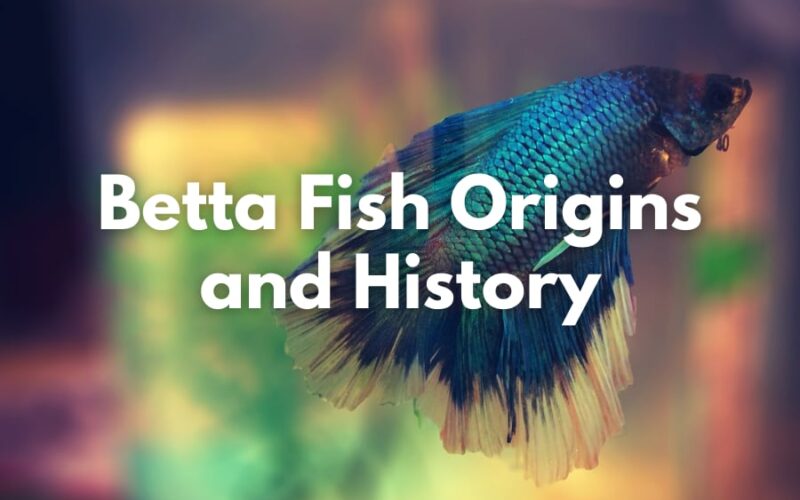 Betta fish history and its origins

It is not a secret anymore that betta fish are one of the world’s most beautiful and popular pet/decorative fish, at least today.

Betta fish is classified into more than 73 known species, it is also known under the names of “Betta splendens” or “Siamese fighting fish”.

That is so far different from the depiction of a betta fish nowadays! You will know why once you learn about betta fish origin.

Thanks to selective breeding, a large variety of colors and types of fin have been developed, and that includes halfmoon bettas, veiltail betta, crowntail, delta, double tail, and many more.

From fighters to beauties in a fancy fish tank, numerous breeders even made many efforts to transform these 7 cm-long fish into even the fancier ones with impressive tail fins.

There are a lot more varieties, including the double tail, delta, spade tail, super delta, and many others. In the past few years, some breeders have also created patterned breeds.

More amazingly, a marbling effect has also been accomplished by mixing red and blue on a pale base hue. There is also another famous betta pattern, butterfly coloration—the body flushed in a solid color while the fins come in different hues.

Furthermore, betta fish are also famous for their ability to recognize their owners. This allows a betta to follow your fingers around the tank.

A betta can even be trained to do tricks! Speaking of a betta’s lifespan, on average, a betta fish can survive for 3 to 5 years at maximum, certainly with great care. Nevertheless, in some rare cases, bettas can live up to 8 – 9 years in captivity.

As a pet fish, a betta should be kept in a heated fish tank with filters and abundant room for it to swim in. The room temperature should also be set around 76° – 84° F (24° – 29° C). At lower temperatures, unfortunately, betta fish could seem to look lifeless and are prone to diseases.

Your aquarium should include ornaments such as plants and rocks prevent your betta fish from jumping out of its tank to search for another body of water that is cleaner and larger.

Do betta fish get mad? Yes, definitely. That is the main reason the fish is called “the fighting fish.” Most betta fish get aggressive towards anything in their habitat.

They tend to lose their temper and attack almost everything they see. Even after being handled with care, they will remain to puff at you when being fed. They can even bite their own tail. However, not all flaring bettas are aggressive. Some of them get mad only at a few things that are bothering them.

Betta fish are carnivorous, mainly feeding on insects and larvae in the wild areas. In a fish tank setting, they feed on high-protein food such as pellets, flakes, and frozen blood worms.

During mating times, male betta fish generally create a bubble nest on the water surface to attract their female counterparts. After the breeding ritual is done, the female bettas will lay their eggs which are then deposited by the males in the nest.

Next, let us move on to the origins of betta fish.

Where did Betta Fish Come From?

Widely known as Siamese fighting fish, betta fish origin dates back at least centuries ago in their native lands: Thailand (used to be Siam), Mekong basin of Laos, Cambodia, Indonesia, Malaysia, Vietnam, and some areas in China.

Wild bettas used to be easily discovered in nature, especially shallow ponds, paddy fields, rivers or any streaming water at the temperature above 80° F (27° C). They belong to the ‘labyrinth’ fish group that can survive in just a little water using their special organ to breathe oxygen from the water surface.

Before the 1800s, Malaysian children loved to play with wild betta fish. They collected around 50 bettas from rice paddy fields which would then put to fish battles/fights.

The winner would become the champion of their village. When the fight was finished, and the winning fish’ injury already got healed, the children would put them into a new battle with the other opponents. The losing fish usually could not survive the fight due to their severe wounds.

As time went by, there was an advancement in rice paddy harvesting techniques, including chemical addition and mechanical plowing. These modern farming techniques made betta fish could not easily be found anymore in those shallow rice fields.

Even though the fish could still survive in streaming water and shallow ponds, their absence in paddy fields caused their popularity to begin fading away.

In Thailand, betta fish caring was originally started since 150 years ago. Just like in Indonesia and Malaysia, Thai children also collected the wild territorial fish from rice paddy fields and then they would put the fish inside a single container to watch them fight each other.

That is how betta fish got their nickname “Siamese fighting fish.” I did not take too long until betting on these fights became popular in the region. The King of Siam then was aware of the fish’s popularity and decided to set regulations and taxes over them.

Male betta fish were already notorious for their aggressive trait back then—specifically their joy of biting and tearing their opponents in a battle.

The fight took only a few minutes, and the winner was the one that could kill the other. Thus, the gaining popularity of the fish in Siam made the people begin to breed the fish only for battles.

The winning side was not determined based on “the last man standing,” but the one that is the bravest to keep on fighting. These fights were so viral, making it a new “sport” to place a bet on.

Many men would suffer from terrible risks when they lost a fight. It was not always about money, though. They could even lose their home and family members!

Due to the huge popularity of the sport, the King of Siam decided to start licensing it as well as collecting betta fish for himself.

In 1840, the King gave away some betta fish to a Danish scientist Dr. Theodore Cantor who was asked to breed and observe the fish further. Later, he would write a scientific journal that identified betta fish as Macropodus pugnax.

After observing and breeding some betta fish, in 1849, Dr. Cantor published a scientific paper regarding the fighting fish and named the fish Macropodus Pugnax.

About 60 years later, a British scientist, Charles Tate Regan discovered that there was another species which was named Macropodus Pugnax before betta fish.

Thus, he decided to call the fish Betta splendens instead. The name was taken after inspiration from well-known warriors from “Bettah” tribe. Meanwhile, the name Splendens was derived from the fish’s splendid appearance.

When betta fish achieved its popularity in Europe and America, American people mispronounced the name Betta splendens as “bay-tuh” as the pronunciation of the second letter of the Greek alphabet.

Some others believed that these magnificent fish earned their name from an ancient Asian warrior tribe, “Bettah.” Back in their native home, Thailand, the fish is called “plakat” (or “plakad”), meaning “the biting fish.”

See also  Why Does My Betta Fish Hiding? Is It Normal?

Modern Era of Betta Fish History: from Europe to America

Still on betta fish history, by the end of the 1800s, Betta splendens had gained international recognition and were introduced on their premier exhibition in Paris back in 1892 by an aquarium-life importer Pierre Carbonnier.

In the following four years, the decorative fish were also exported from Moscow, Russia, by a German importer Paul Matte.

Having been bred and studied by Danish and British scientists, as mentioned previously, betta fish that used to be very famous with the name Betta splendens (meaning “beautiful warrior”) were imported for the first time in Germany and France in the 1890s.

In the meantime, Mr. Frank Locke from San Francisco, CA, was the first American man ever to have brought the very first betta fish to the United States back in 1910.

It was in 1927 when one of Betta splenden’s first colorful breeds discovered in the US after being imported by Mr. Locke. This extraordinary specimen developed unusual red fins resulted from a color mutation during the breeding process.

Several scientists discovered that betta fish naturally show their vibrant color shades when feeling stressed or nervous. In the 20th century, many breeders were capable of making this a permanent physical feature of the fish.

Through myriads of experiments such as breeding, bettas today come in a very large variety of colors and patterns, including red, pink, orange, cream, green, blue, black, as well as opaque white.

In 1996, Ahmad Yusuf from Indonesia was the first man to have bred the crown tail betta fish that have spikey crown-shaped tails and fins. In 2004, a Thai breeder found a metallic variant of bettas known as the dragon betta.

The colors cover gold, copper, rust, and silver. In the following year, Mr. Somchat presented a better version of the dragon betta breed (the fish were fully covered with metallic colors). In the same year, Victoria Parnell-Stark introduced Armadillo bettas.

It is amazing to learn about the transformation of betta fish varieties within centuries. Originally bred with short tails and fins in dull colors (such as black and grey), betta fish today has evolved into an extravagant multi-colored fish variety.

Therefore, we hope by learning about betta fish origin and history in this article, you can get more familiar with this beautiful freshwater creature. 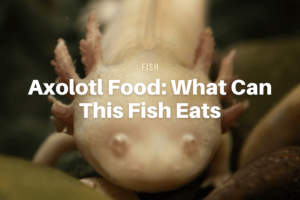 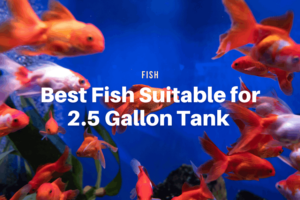 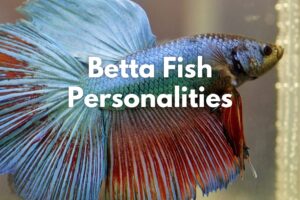